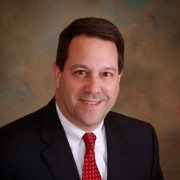 Orlando, FL – The Florida SBDC at UCF is pleased to announce that Kenn Gluckman has been named 2015 Regional Volunteer of the Year in honor of his committed service to the FSBDC’s award-winning Advisory Board Council (ABC) program.  He will be recognized at the FSBDC at UCF’s National Small Business Week celebration which will occur on Tuesday May 19th at the 2015 Small Business Awards Luncheon, an invitation-only event being held at the Citrus Club in downtown Orlando. Eunice Choi, Regional Director at the SBDC at UCF, is hosting the luncheon which will feature remarks by representatives from the Small Business Administration who will present awards to local SBA awards recipients.

“When the program first started it seemed like a great way to help with economic development and giving back to the community,” commented Gluckman.  “Small businesses are often without proper support and being able to help them grow and prosper was exciting and gratifying.  My family has a long history of service locally, beginning with my grandmother who helped found Legal Aid in Orlando.”

Gluckman has always been eager to assist and has served on five ABC advisory boards over the years.   When asked why he has remained committed to the program over so many years, Gluckman commented, “As I worked with various businesses, I realized that I not only enjoyed helping them, I also learned a great deal.  I learned about business in general as well as how business owners think and react.  This helped me be a better advisor to my business clients in my own practice.  I also continue to feel that it is important to give to the community,” remarked Gluckman.

During his involvement with the Advisory Board Council, he has served on the boards of diverse companies including: a restaurant equipment and janitorial supply company; an IT staffing and executive search firm; a civil and environmental engineering firm; a saltwater aquarium and coral reef aquaculture facility; and a business surplus and electronics recycler.  Projects he has assisted ABC clients with include:  lease negotiations and related office space issues; contracts with vendors and customers; business structure and organization issues, and employment law issues, among many others.

Advisory Board Council client Chris Brooker, President of Orlando Recycles, remarked on Gluckman’s contribution to his advisory board, “Orlando Recycles, Inc. has thoroughly enjoyed and benefited from the expertise Kenn Gluckman has given since our initial Advisory Board meeting in October 2012.  He has provided us with solid advice and assistance in areas of business startup and licensing, personnel issues and legal procedures to name a few.  His ability to break down complex business scenarios into easily understandable language has been a great asset to our company.”

Gluckman began his law practice, General Counsel Advisors, P.A., in 2001.  The firm focuses on various facets of business law for companies, including business closings, employment law, corporate formation and governance, private capital raising, mergers and acquisitions, franchise operations, real estate and litigation.  Gluckman has been a member of the Florida Bar Association and the Orange County Bar Association since 1995 and is a Supreme Court of Florida Certified Civil Court Mediator. Gluckman is currently a volunteer board member of Orlando, Inc. (chamber of commerce) and Maitland Soccer Club, and has volunteered for the UCF Technology Incubator.  He is a former board member of the Orlando Chapter of the global Association for Corporate Growth, and was the founding president of the Chapter, and has also served as Chairman of the 100 Club, a support organization for the National Entrepreneur Center.  Gluckman graduated with high honors from the Florida State University (FSU) College of Law in Tallahassee, Florida and also received his bachelor’s degree in Political Science from FSU.

With its main office in the National Entrepreneur Center located at the Fashion Square Mall in Orlando, the Florida SBDC at the University of Central Florida (FSBDC at UCF) is part of the UCF Office of Research & Commercialization and the Florida SBDC Network (FSBDC Network). THE FSBDC at UCF provides business seminars and no-cost, one-on-one business consultation to emerging and established businesses. The FSBDC at UCF serves an eight-county area that includes Brevard, Flagler, Lake, Orange, Osceola, Seminole, Sumter, and Volusia counties and maintains 10 service centers across Central Florida.

In 2013, the FSBDC at UCF served more than 7,200 entrepreneurs and small business owners through consulting and training, resulting in 7,507 Central Florida jobs created, retained or saved; $1.0 billion in sales growth; $51.5 million in capital formation; $87.7 million in government contract awards; and 129 new businesses started.

In 2013, the Florida SBDCs served over 34,000 entrepreneurs and small business owners through consulting and training, resulting in 39,536 jobs created, retained and saved; $5.5 billion in sales growth; $197.3 million in capital accessed; $602.2 million in government contract awards; and 685 new businesses started. And, for every $1 of Florida public and private sector investment in FSBDC programing, $35 was returned to the state in tax revenue