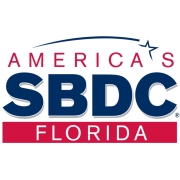 This is a true and modern tale about Irishman David Counihan, who at the age of 21, landed on the shores of Miami, with the lust for adventure. After a few years, many different paths, and knowledge gained, he realized he loved horticulture and nature. He worked himself into the commercial business of tree farming and now is the proud owner of Hibernia nursery located in Webster (Sumter County) Florida. During his journey he saw that there was great potential in growing ornamental trees and shrubs for the commercial landscaping business.

“The SBDC is a great source of support and information.”

In 1997 he purchased 80 acres and in 2001 secured financing to begin operations on what is now Hibernia Nursery. In 2007 as Hibernia began to feel the effects of the recession he knew he would have to readjust everything he was doing. The decision was made to dramatically cut expenses wherever possible accept in sales where he felt he would have to double his customer base if Hibernia was going to survive as many of his existing customers were buying less or going out of business. It has now been 3yrs since the “Great Recession” began and Hibernia is still in survival mode. In January 2009 he went to the SBDC at UCF in Lake Sumter. With assistance from an SBDC counselor, Initial decisions had been made, addressing sales focus, operational procedures and cost cutting adjustments to keep the business in operation and profitable. Together they discussed the need to secure additional financing. In spring 2010 David researched the financing possibilities that were available. His SBDC counselor suggested a USDA backed loan to consolidate the debts.

At The B.O.S.S (Business Owner’s Strategic Summit) meeting held near Minneola, Lake County, by the SBDC at UCF in Lake County, David was introduced directly to one of the key USDA contacts who informed him they did have funds available for companies like Hibernia. The USDA recommended Capital Resources to give additional help with the application process. Less than three months later David secured a USDA refinancing loan for 2.5 million over 20 years at a rate that is $1000 less than his previous monthly payments. David currently employs 50 people and expanding the business to Texas and the Northeastern U.S. David looks ahead to the future, smiles to himself each day as he feels success. This is the tale of Irishman David Counihan, who arrived on the shores of this great country, with a few shillings, and a lot of vision. He knew in his heart that the opportunities were out there he just had to find them and make them work, and with the advice of some great people that is just what he did.

Above and Beyond Limousines
Scroll to top